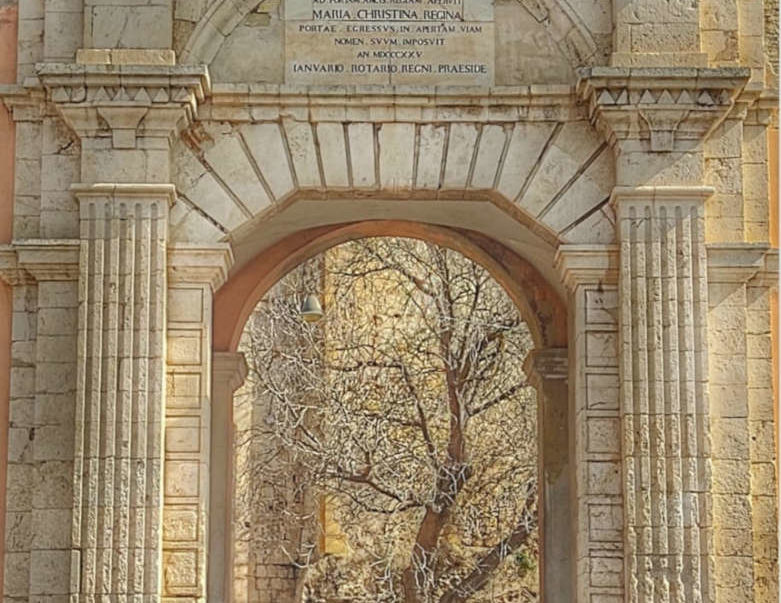 The spaces of Porta Cristina are one of the appurtenances of the National Archaeological Museum of Cagliari and are currently used as offices. The rooms are leaning on one side to the structures of the Royal Arsenal, now the Citadel of Museums, and on the other to the Palazzo delle Seziate and are interrupted by the large arched opening of Porta Cristina.

The door was built in 1825 on a project by Count Carlo Boyl of Putifigari, who in the same year also took care of the new access door to the Royal Arsenal and of the rearrangement of the square in front.

Porta Cristina owes its name to Maria Cristina di Borbone, wife of King Carlo Felice. It was built in neoclassical style, using limestone from the Bonaria quarries as a building material.

The structures of the gate have incorporated the Passarina tower, one of the minor towers of the Pisan period of fortifications. The Castello district was, in fact, protected by a defensive system made up of high vertical walls interspersed with 3 main quadrangular towers (the tower of San Pancrazio, dell’Elefante and dell’Aquila) and some smaller circular towers (like the Passarina tower).