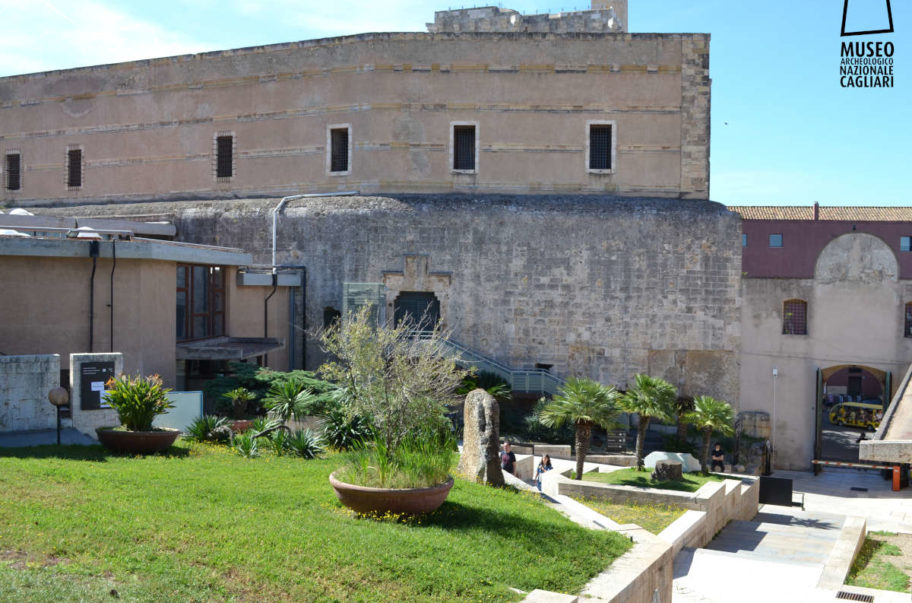 Spazio San Pancrazio is one of the exhibition venues of the National Archaeological Museum of Cagliari. Housed in the structures of the bastion of San Pancrazio, it is now incorporated into the Citadel of Museums.

It houses the collection of stone material and coats of arms, which came to the Museum through acquisitions from private collections, donations, fortuitous finds and recoveries during demolitions or restorations. The finds, which cover a period ranging from the 13th to the 17th century, tell of the urban and social evolution of the city of Cagliari.

The bastion of Saint Pancrazio was built by the Viceroy don Joan Dusay between 1501 and 1503, to protect Cagliari’s northern gate from frontal artillery hits.
This area was one of the weakest in the Castello historic district, because it lacked precipices and slopes to discourage possible sieges.
The coat of arms carved on the front door architrave represents Viceroy insignia, three red mullets.

With the rapid evolution of military techniques and the spread of firearms, the conception of this type of defensive system became inadequate. Its architectural features, such as the structure excavated in the rock, the inefficient loopholes and the lack of scarp walls and cannons, aroused criticism from military engineers of that period.

By the end of the 17th century the stronghold underwent a few changes. The door to Altamira was opened, interrupting the direct passage from Saint Pancrazio’s Tower to the bastion. Later it was a military prison and it became the hospital for the detainees in 1824.

The prison administration abandoned the complex in 1897, at which time the Fine Arts branch of the Ministry of Public Education assumed administration. It served as storage for excavation materials of the Archaeological Superintendence for many years and from 1990-1995 restorations occurred. Today this space is used as venue for exhibitions.